Alright everyone, that’s enough surprises for one week thanks. FYI, he’d be up for covering Jennifer Lopez’s ‘Waiting For Tonight’. “It’s hardly revolutionary but it didn’t need to be.” 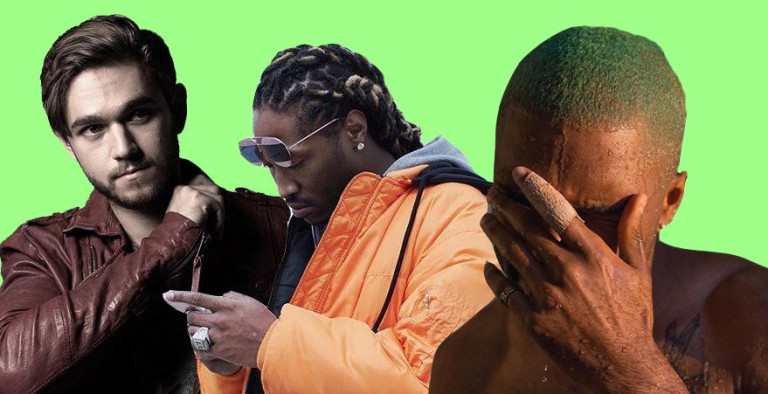 Sam: Future and Rihanna’s Loveeeee Song is a highlight of RiRi’s catalogue so I was instantly excited to see her on the tracklist for HNDRXX. Selfish is even better though. It continues down the same raw, desolate path of ANTI and Future sings alongside in his greatest vocal display on the album. They’re both gravelly, dark and emotional, juxtaposing the bravado that both of them bring in droves on the harder-hitting urban tracks. This is straight back to the Pluto Future – the one that somehow mixed crooning with rap. Both of them make it so great. Not one outshines the other. 4.5

Reece: So there’s been a million different takes on capturing the commercial dynamite The Chainsmokers had on Closer. Whatever, I get it – artists gotta eat. Maybe it’s just my love for Alessia Cara, but Stay is one of my favourite takes on this formulaic ‘let’s make a pop hit’ type of collaboration. Alessia Cara has a brilliant quirk to her vocals that makes every line she delivers feel like it’s bursting with life. Zedd’s production bogs the song down a bit in my eyes, as it straddles an uncomfortable line between Mura Masa and Cobra Starship (not a compliment) but the end product is serviceable enough for me to enjoy. 3.5 There’s a lot out today so sit down with a cool class of water and prepare to devour fire.