Pixie Lott at GQ’s Men Of The Year Award

Thank you @BritishGQ for having me – always the most fun? thank you @versace_official @chopard @annoushkajewellery #Chopard

Damn girl. If you ever want to see the girls bring it, invite them to an event dedicated to men. Seen at GQ’s Men Of The Year Awards in London last week, Pixie Lott wore an incredibly flattering Venus dress (Versace’s younger/ affordable line). I personally think it would have looked better without all the accessories but let’s be real, that’s not what anyone is looking at. Justin Bieber on the Ellen DeGeneres Show

Oh Justin… And just as people were starting to like you. He looks Boy George without the make up (okay, maybe just some base). Luckily this hairstyle lasted about 5 mins (like it should have) because I recently saw he had cut it and dyed in peroxide blonde. N.B Ruby Rose always does it better. Leigh Lezark at Christian Siriano NYFW Show 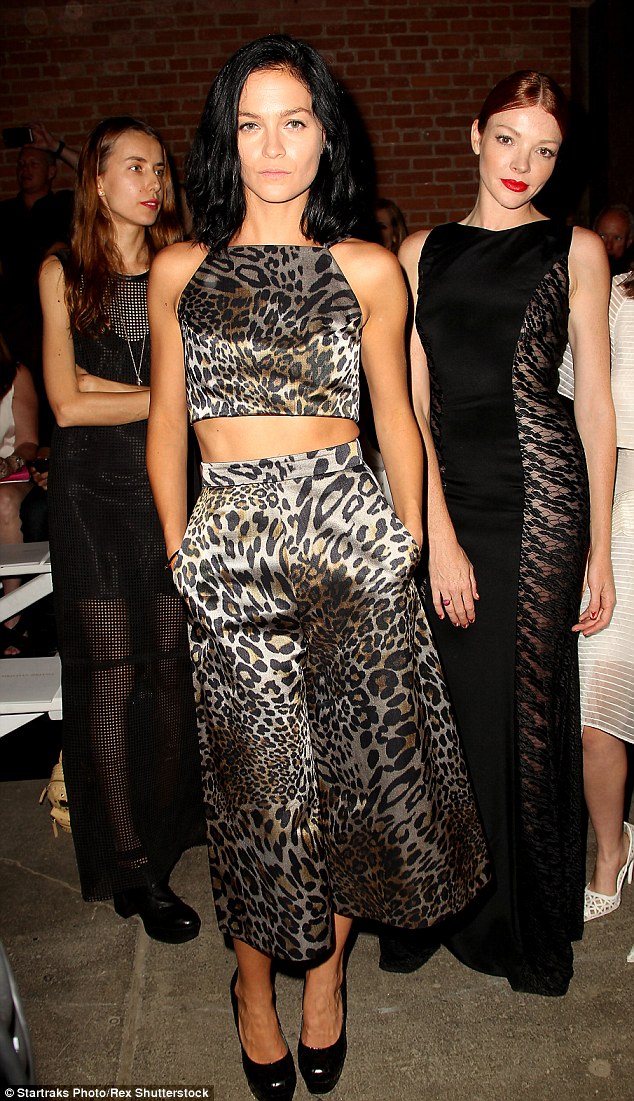 DJ Leigh Lezark (part of the trio The Misshapes) is so prominent in fashion a lot of people don’t even know she DJs. She is the definition of edgy (we’re not talking ripped jeans and grunge boots edgy) and avant-garde. Like always, she stood out in the front row wearing this midriff and ¾ length flare pant set. Steven Tyler & Liv Tyler at the Givenchy NYFW Show

You gotta give the guy props, I don’t think anyone is as dedicated to their style as Steven Tyler is. Looking a little smarter than usual, I love how he found his exact look, just in the Givenchy form. PS: guys you know those black lace up bodysuits Givenchy did earlier this year (think Kim Kardashian at Paris Fashion Week)? Well, Steven did it first. Rita Ora at The People’s Designer Dinner

No guys, you’re wrong. She wasn’t being an attention-whore, she was just trying to blend into the red carpet. Dressed head-to-toe in Moschino for Jeremy Scott’s (the brand’s Creative Director) The People’s Designer dinner in LA. I wonder if she thought painting her nails red as well would have been a little overboard?

She’s a singer, right? She makes the list anyway because I don’t need to see anyone else at this event to say she looks the best there. I want that romper so bad. Kanye West at the Givenchy NYFW Show

They’re backkkk! Whilst the Yeezy Boosts 350 were cool, I speak on behalf of the people in saying the 750 (the grey suede ones) were next level. So of course you can imagine the excitement when let’s say uh.. the world was when we saw the black ones! There goes another Saturday morning spent outside Adidas not having my name pulled out. PS: Special mention goes to his wife in probably hands down the best pregnancy outfit ever.

The whole ‘leave things to the imagination’ really isn’t trending these days, is it… Her current style isn’t as outrageous as it used to be, however, she is wearing a pant suit so it probably would have been more shocking to see her wearing anything more underneath. Tyga in New York

Tyga, or to the kids out there Mr. Kylie Jenner, seems to be graduating past “let’s chuck on as many designer accessories we can” and gone for the new-age minimal rapper look. Whilst I think it’ll be a while before he gets to his brother-in-law’s level, I’m down with this velvet bomber.

Oh man, she was doing so well (her outfit at the Givenchy show was on point)! It kinda looks like she just put two different coloured fishnet stockings on (sorry, Alexander Wang). She hair is definitely the worst part about her whole look though.   Tinashe at Chromat NYFW Show

When you’ve just dropped a banging new single, there’s no harm in grabbing a little attention with what you wear and Tinashe certainly did that at NYFW. She rocked this mostly see-through dress and she’s quickly establishing herself as one of the biggest fashion icons in music.