Trash Or Treasure? The Week Past’s Most Iconic Looks In Music Lana Del Rey In ‘High By The Beach’

I wonder what she’s trying to say in this – the dreamy/ crazy film clip shows the singer calmly floating around her house a floor length sun dress draped in a delicate lace blue robe (very Lana). Perfect outfit for firing a bazooka at the paparazzi.

T-shirt inspiration for the gym ?? #EmbraceTheGrace

The angelic synthpop artist meets pop icon Grace Jones force to be reckoned with. Heading off to the gym Lauren Mayberry of CHVRCHES shares her exercise attire. Definitely the right person to channel if you’re after a decent workout, don’t you think?

These are the new kids on the Brooklyn block. Sounding like something from 70’s California, their lazy summer vibes are simply delightful. Who knows if they’re interested in fashion or if anyone else will be interested in their fashion, however, the material world digs anything that’s cool without trying and this is exactly what these guys have going on. 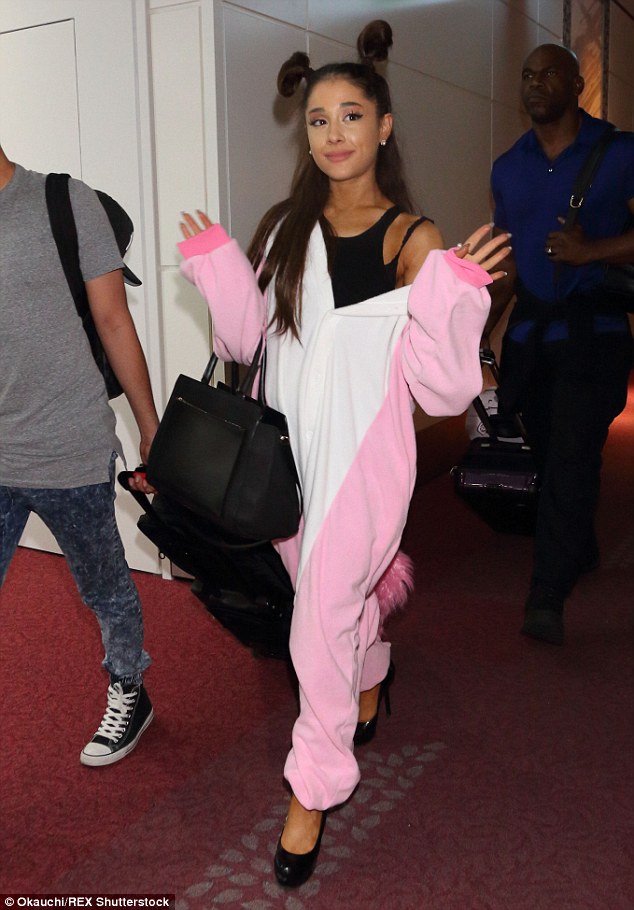 Lord I thought this trend was finished. Ariana Grande obviously decided she wanted to go for the ‘quirky’ look when arriving in Japan wearing a pink onesie and double hair buns. Whilst she could be a number of different animals here, the worst part of the outfit is the shoes and bag she’s matched with it. “Grande also donned a pair of classic black heels and carried a leather purse as a touch of casual elegance” – wrong Daily Mail! If you’re going to be weird Ariana, just commit to the look.

Flashback Friday to the outfit Lianne La Havas wore celebrating her new album. Whilst she obviously doesn’t know the rules of a #fbf (i.e. It can’t be from the week before, duh) her exotic yet modern androgynous look lets her off the hook. The singer, who is on Obama’s summer playlist (true story), is all about soul, even with her fashion.

Foals photographed at Trackside Studios by Andrew Cotterill for #Q350. On sale now.

“The world is as savage and dark and brutal as ever. I feel pessimistic about being part of the human race. It’s not something I would endorse any more!” For more uplifting perspectives read this months Q magazine which features Foals! Here they are looking cool but not hipster (don’t call them that, they don’t like it) in a shot from the article posted on the magazine’s instagram. 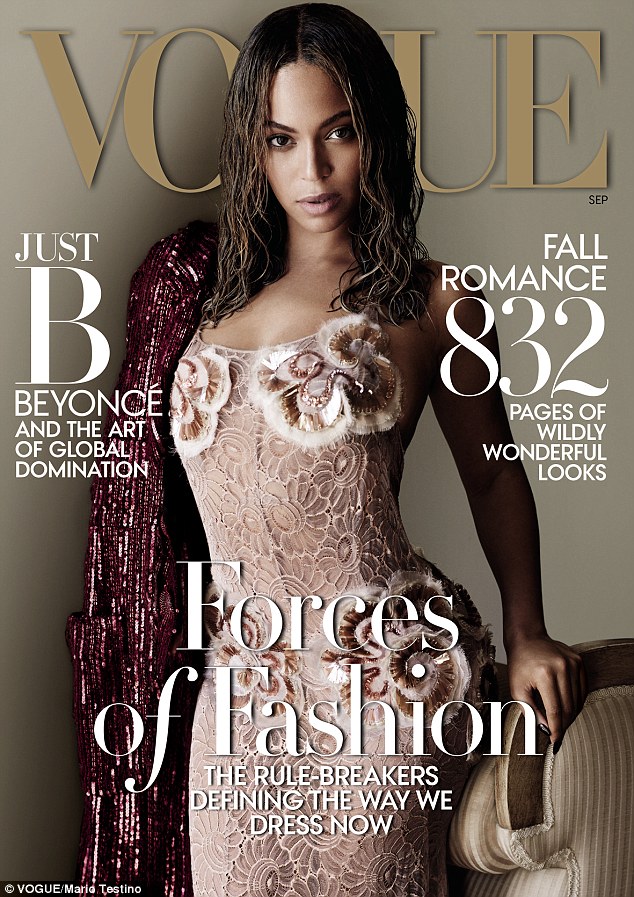 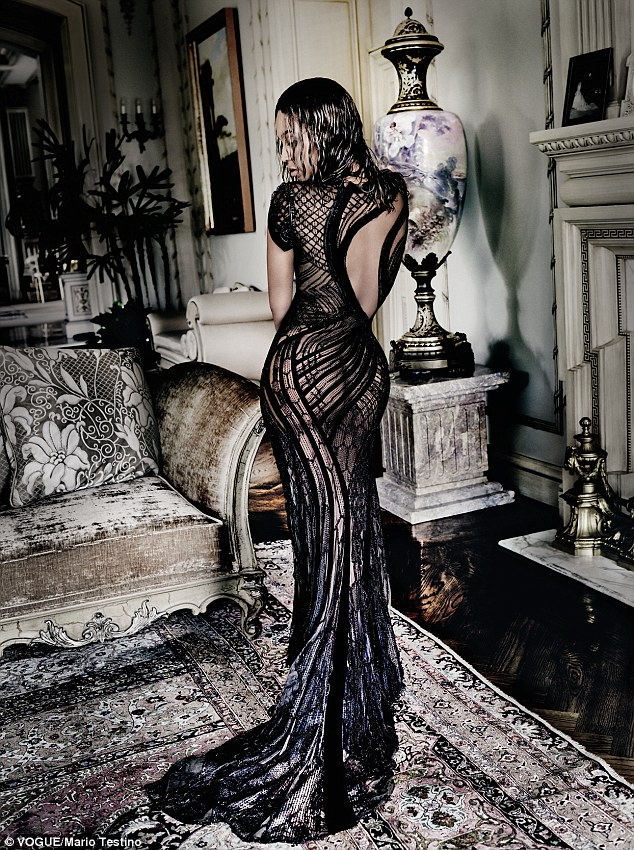 Just like Royalty, sometimes all that is expected from them is to turn up smile and leave. Whilst most celebrities would give part of their soul to be on any Vogue cover (let alone a September issue) Queen Bey doesn’t even have to open her mouth. Instead a series of photos shot by Mario Testino are accompanied only by a short piece on her global domination. Her inaccessibility allows her to still maintain a sense of mystery and just adds even more to her star power. 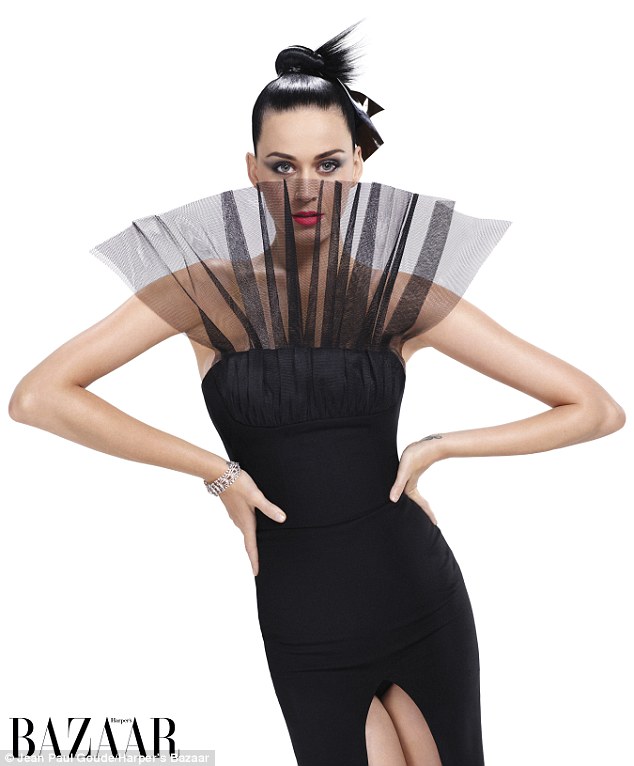 Katy has been popping up more and more in the fashion arena recently. Sleek and dramatic, wearing a Saint Laurent dress (amaze) on the cover of the September issue of U.S Harpers Bazaar. She was hand picked by Global Fashion Director Carine Roitfeld for the Icons Issue shoot where she characterised Elizabeth Taylor.

Tyler The Creator is best known as a music creator but also has some serious credentials as a fashion creator. He’s already got an impressive collection under his Wolf Gang label but now he’s also unleashed a collaboration with skate footwear giant Vans. It’s exactly the kind of shoe you’d expect from Tyler too. He may not be welcome here in Aus, but his footwear sure is.

Everytime Solange takes to the stage she proves her status as style queen and her appearance at LA’s FYF Fest was no different. Mixing ’70s chic with modern cool, she boogied her way through a set of tunes that acted as the audible equivalent to her outfit.