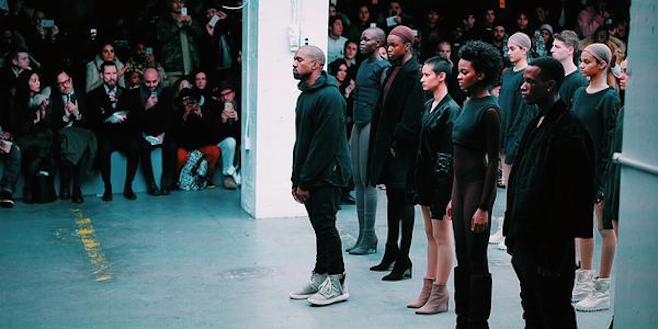 Kanye held the launch of his new shoes for Adidas overnight and as part of the proceedings he dropped the first track from his new album titled Wolves. Once again there’s no sign of rapping as Kanye opts for auto-tuned verses over an industrial Yeezus-esque beat. It’s certainly a far cry from Only One and FourFiveSeconds in terms of production but the vocal stylings remain. Vic Mensa and Sia join him on latter verses adding a little bit of soul to the track. Below is a shitty recording from what seems like a cinema where the launch was being aired. The song is easy to make out but lets hope we get a studio recording and some album news soon.

The track is another notch on Cashmere Cat‘s ever expanding belt as he produced it with Sinjin Hawke.

PS. Did anyone hear Kanye stormed the stage when Beck won the Grammy?!

9 Things We Learnt From Kanye's Interview With Zane Lowe

[…] a remarkable few weeks. He stormed the stage at the Grammys, gave a great interview on Power 105, debuted Wolves while launching his Adidas range, performed All Day at the Brits and received a BET Honorary Award. […]