Beyond The Valley, Phillip Island | Review New Years Eve is one of the busiest times for Australian festivals and, while Falls Festival once again delivered a great lineup in three different locations, Beyond The Valley offered a tempting alternative. In its first year, the festival gathered together acts like The Preatures, AlunaGeorge, Danny Brown and more. We sent two rogues to Phillip Island to count Penguins, sample Indian cuisine and occasionally soak up some tunes.

The beauty of living in Australia is having the ocean as our backyard. Phillip Island was the ocean-bordered location for Beyond The Valley Festival, a Penguin paradise 2 hours out of Melbourne. A location we both agreed was one of the most beautiful spots for a music festival.

Weather: (because us Aussies love talking about it)

Considering the onset of what we like to call “Hurricane Pingu” during the first day and the last minute changes made to the schedule, we were impressed with how efficiently the festival handled these windy conditions. Even though this meant that Fractures had to be moved from main stage to the Pavillion, he still had a killer set and the sound was perfect.

On the road to the Island playlist-

The drive to Phillip Island in our little Avis rental involved a bit of a mashup between Siri’s great directions and:

Usher– U remind me

Drake– Every song he has

As great as the music selection above was, nothing compared to the live music we were about to be spoilt with at Phillip Island from the following artists: If hearing Imaginary Air by Rufus, live in the middle of beautiful Phillip Island, just after midnight is setting the bar for the rest of the year, then we are in for a good one. 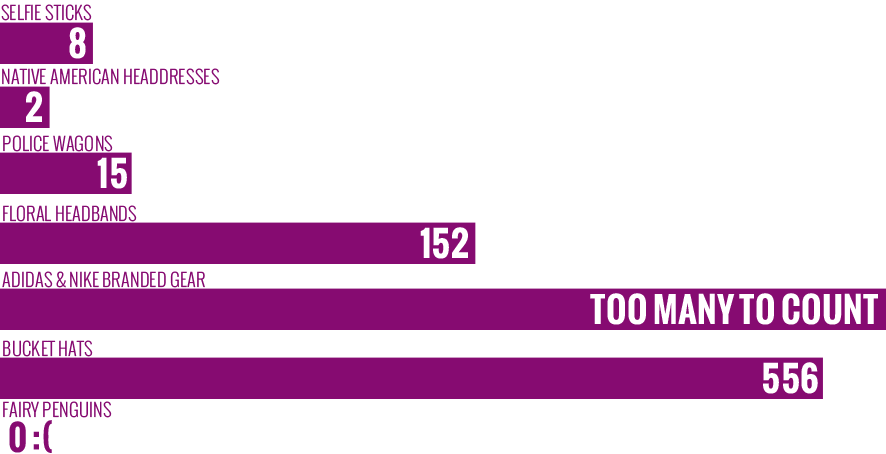