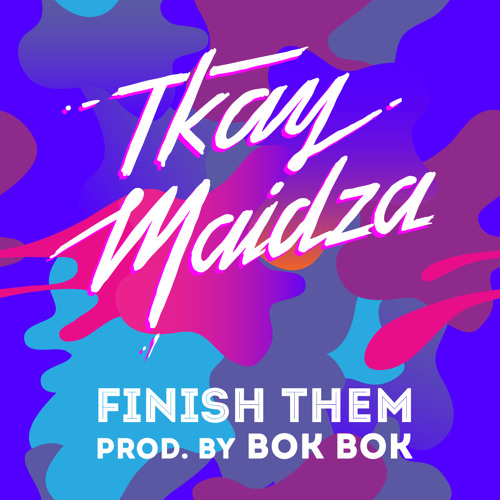 It's been a big day for young Adelaide rapper, Tkay Maidza. Earlier this morning she featured on Swick & Lewis Cancut's Wishes and now she's dropped another song to finish it off. Appropriately it's called Finish Them and it's been produced by English producer Bok Bok who released his excellent Your Charizmatic Self EP earlier this year. He's also no stranger to working with the brightest female R&B artists having laid down beats for Kelela. Maidza does justice to his dancehall-ready beat matching hard beats with an even harder flow that sees her sit somewhere between M.I.A and Nicki Minaj when she's on fiyah. Can we get a round of applause for Tkay Maidza, she's unstoppable right now.