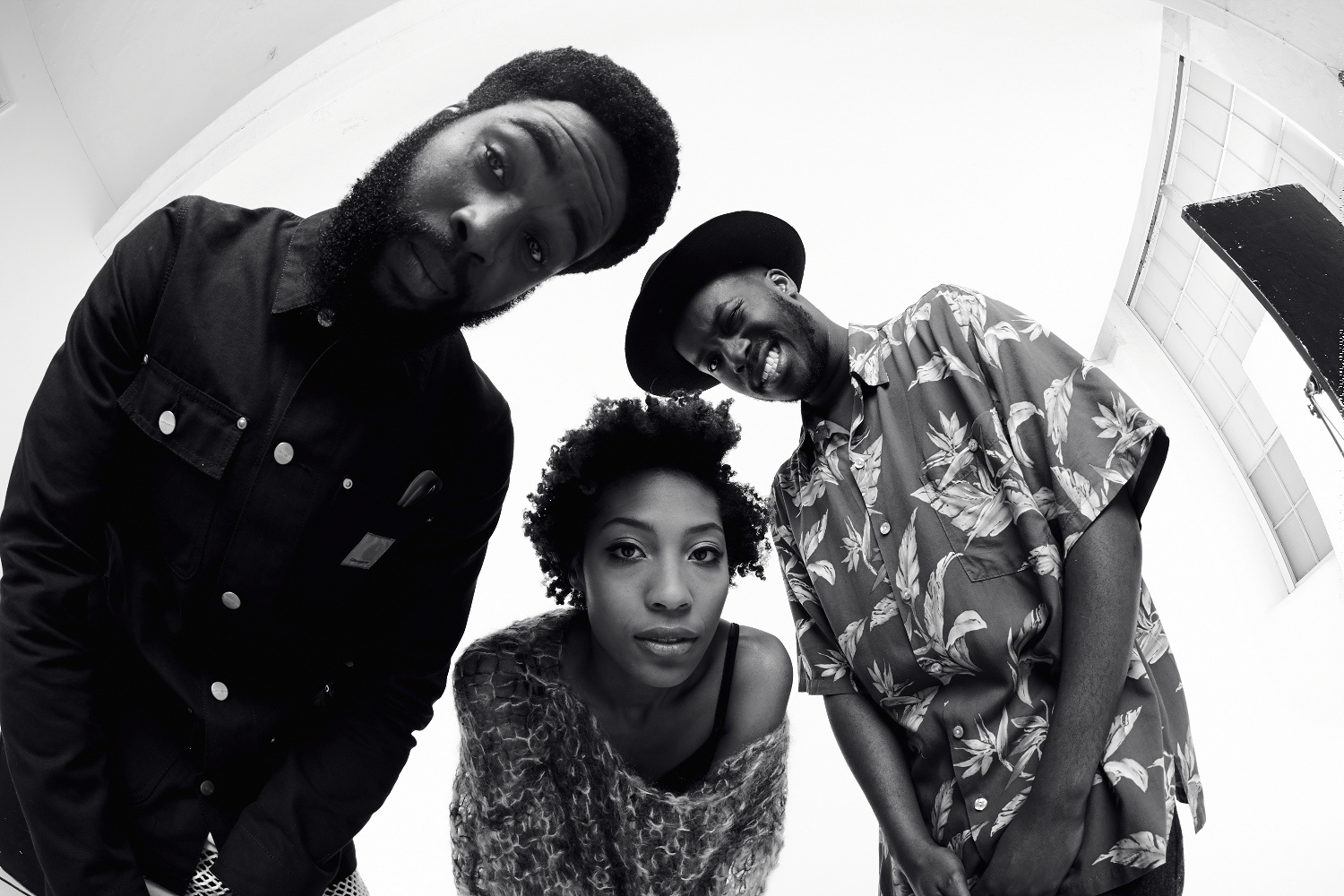 On a typically sheets-of-rain London day, Vice writer Ryan Bassil best summarised just who Hawk House are and what they do when he interviewed them back in February 2014. The group “make music that slots somewhere between today’s weather and the warm balm of Spring. It’s motivational but scored in the grayscale realities of city-dwelling youth.” It’s true. Comprised of brothers Sam and Eman, and gods-gift vocalist Demae Chioma Wodu, Hawk House offer a spacious, 3am take on the grit and grime so firmly embedded within London's hip-hop culture. With comparisons to fellow conscious hip-hop outfits such as The Roots, and Lupe Fiasco hard to deny, the groups’ debut EP, A Handshake to the Brain, features 10 tracks overflowing with sentences artfully constructed to include a few too many words tackling big picture issues such as domestic violence and unemployment that will take more than a few listens to appreciate in full verse. With that said, for a group so clearly advocating the power of the spoken word, even for ears lacking the audio agility to keep up with the prodigal rappers as their spits bounce and skip frenetically over a pond of soul and electronic production, Hawk House's music maintains a clear rhythm and balanced harmony. Their EP effortlessly lulls you through in a dream-like state, perfect for that lazy, in-between-seasons day. Big picture issues are for another day anyway, right?

If there’s anything that the music industry of 2014 has taught us, it’s that disco and soul are back in a big way. In fact, *warning: generalisation ahead,* almost everything released this year can be distilled down to a little from column A or a little from column B. While the revival is a welcomed one, and disco fever is one sickness worth catching, the best artists are those who have managed to marry their roots, be it in soul or disco with the sound today and our seemingly endless penchant for top notch electronic production and synth, synth, synth. Kwabs is this artist. With an EP out and a debut album on the way, Kwabs very quickly recognised we’re a greedy audience. We want that sparse, glitchy backtracking synonymous with the best of London’s underground house, but we want to feel something that only soul can bring upon you. With songs like Into You, taking on a ballad-esque quality, there is a sense of deep, running urgency, pulsing through both production and voice as Kwab nails this balance. Strong, deep, dark and emotive, yet totally at home in the data-sphere and underground of 2014.

London has a reputation for toughening you up. Hardening you. Acquainting you with the harsh realities of the world at an age when rose tinted glasses should be your go-to accessory. Bluntly, you grow up quickly in the frenetic shades of grey which perhaps explain why, at just 21, Moko sounds less like a fresh faced poppy ripe for the picking and more like a certified songstress-come-diva of the late 90s brimming with soul, house and trip hop influences galore. Like Kwabs, what is old is new again when it comes to Moko’s sound. There’s a uncanny familiarity, a maturity attached to tracks like Your Love that sound nostalgic and contemporary all at once.

Click here to check out some of London's best venues to catch a gig.